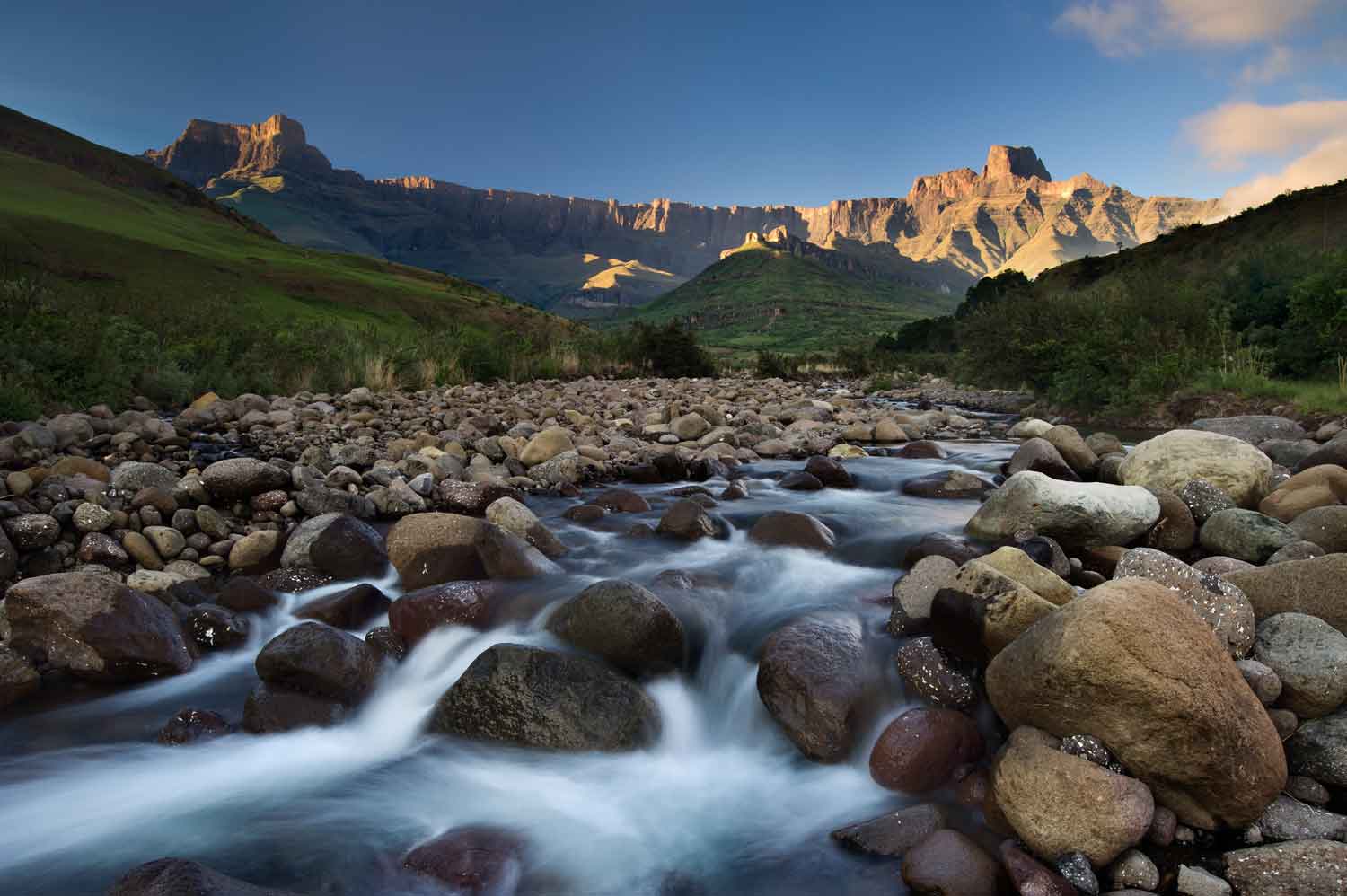 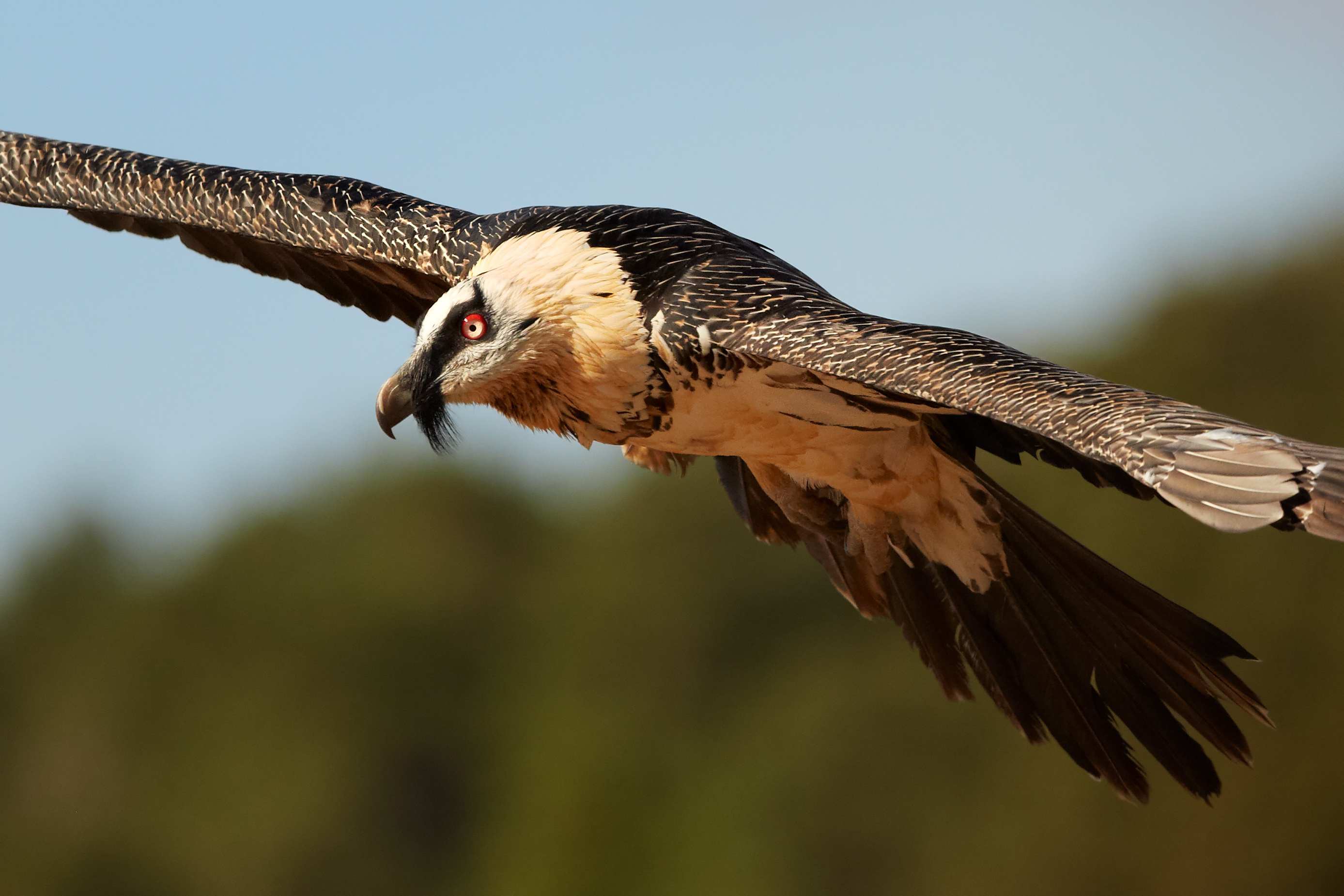 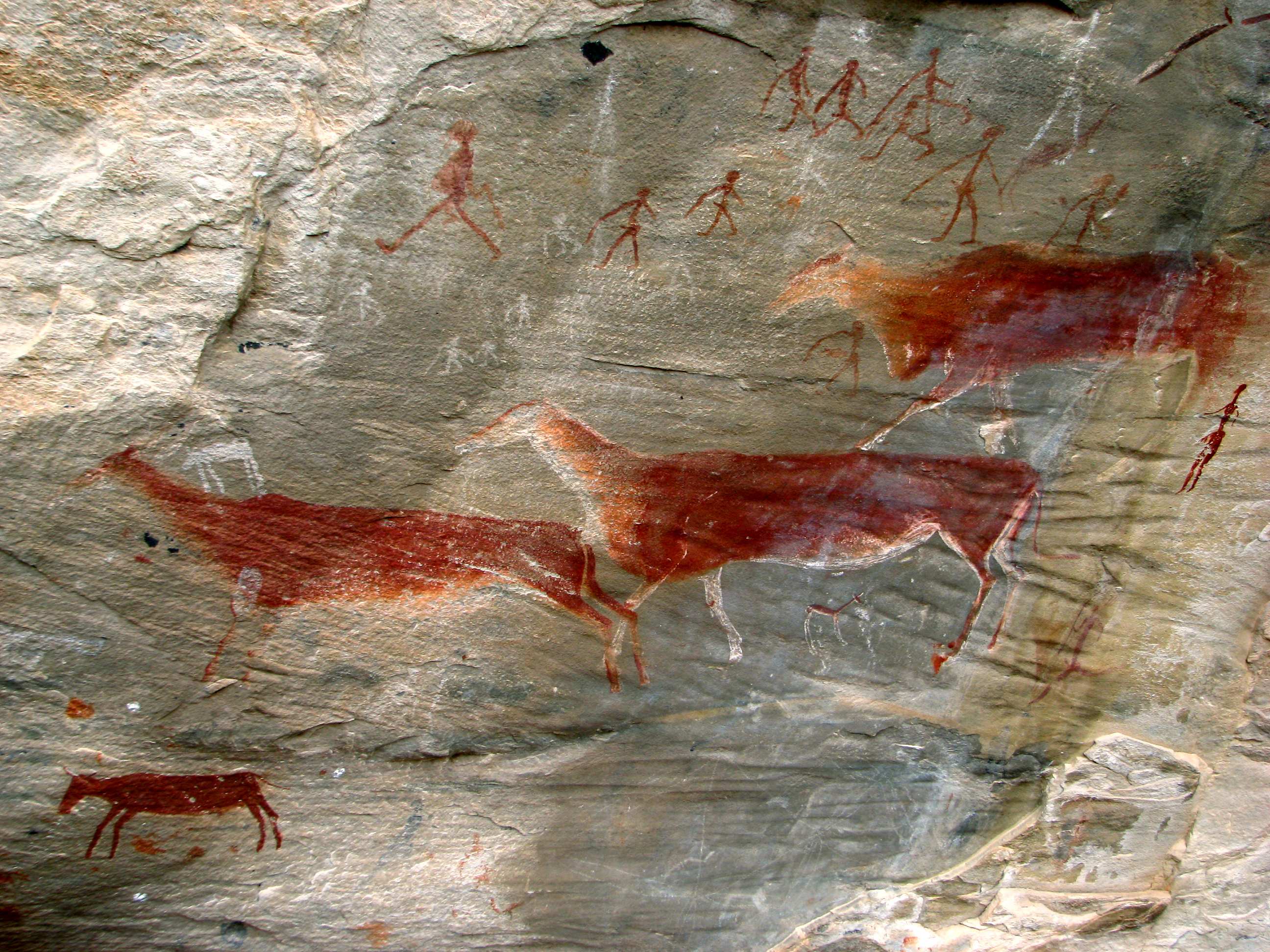 This majestic TFCA marks the marriage between two contrasting landscapes, as old as the mountains themselves - where the uKhahlamba – ‘the wall of spears’, clashes against the Sehlathebe – ‘the plateau of shields’. It is a place of dizzying heights, plunging rock faces, and rock painted tales of days long gone.

The Maloti Drakensberg Mountains are home to a vast array of cultural heritage features. The mountains, with their highest peak Thaba Ntlenyana rising to 3,482 m, contains the largest, most concentrated collection of rock paintings in Sub-Sahara Africa. 35,000-40,000 individual images are housed in more than 600 known sites; and painted by the San people over a period of more than 4,000 years. Other cultural heritage includes palaeontology, stone-age and iron-age excavations, sites and artefacts.

The TFCA encompasses both a grassland biome and afro-montane forest biome, and is an important centre of endemism for montane plant species. Comprising a 500 km long alpine and montane area, the TFCA can be found in the south-eastern portion of the great escarpment of Southern Africa. By far, the most important water catchment for the people of both Lesotho and South Africa, the integrated wetland systems provides critical water purification and ecosystem storage services for both countries. The Tugela-Vaal Scheme and the Lesotho Highlands Water Project transport water from the catchment to the metropolis of Johannesburg and surrounding cities, while at the same time producing electricity for Lesotho.

This area contains a range of globally significant fauna and flora, including over 2,500 species of flowering plants, of which 13% are endemic. Plant diversity and endemism in the region are related to broad-scale altitudinal, topographic and climatic gradients, as well as an array of micro-habitats. The high cliffs are also home to endangered species such as the Cape vulture and the bearded vulture. Sehlabathebe National Park’s African alpine tundra ecosystem, with its 250 endemic plant species, significantly enhances the value of Ukahlamba Drakensberg World Heritage Site. This site hosts 23% of the plant species found in the whole of the Maloti-Drakensberg area. Apart from the unique flora in the park, there is a record number of 65 rock art sites, and other forms of previous habitation.

The People of Maloti Drakensberg TFCA

This vast stretch of land is home to almost two million people, contributing to an explicit goal of the TFCA – to make a positive difference in the livelihoods of people in these communities. Significant numbers of other people are also indirectly dependent on the regions’ ecosystem services. Large areas of the TFCA are under various forms of common property regimes, including land-uses and tenure systems, formal protected areas, privately owned commercial farms, range management areas, and human settlements. These multiple forms of land-use result in a variety of human-biodiversity challenges, including impacts from grazing, conflicts between traditional tribal resource management and park resource management strategies, and conflicting land-use priorities. The two countries have different land management strategies, with diverse governance systems (state vs. traditional authority). Key livelihood activities include agriculture, extractive resource use and tourism. A primary challenge in an area with such a large population is to conserve the natural environment and maintain healthy ecosystem services while meeting the development needs of its people. Despite the drive to improve tourism and related livelihoods options into the TFCA, there are still challenges of inaccessibility into some areas, as well as a lack of adequate resources to improve, maintain and expand tourism assets.

There are currently two related strategies being explored to increase community livelihood and to reduce the impact of cattle grazing in prime ecosystems. The first is the proposed development of a payment scheme for those deriving ecosystem services from the area – the income generated would benefit local communities and help maintain and manage park services for the TFCA. The second is the re-introduction of resource associations that help to manage grazing on communal pastures .

This TFCA offers a range of tourism highlights and opportunities. There are well-established camps and campsites across the region, ranging from rustic bush camps to well-equipped luxury lodges. Cultural tourism opportunities are as bountiful, with several cultural villages, multiple sites of public access to rock art, and a selection of cultural tour packages. There is are also an increasing number of adventure tourism offers available, including annual mountain biking challenges, a number of well-marked and maintained hiking trails, and mountain climbing routes. Currently, those are more developed on the South African side, but they are also growing in Lesotho, or straddling both countries.