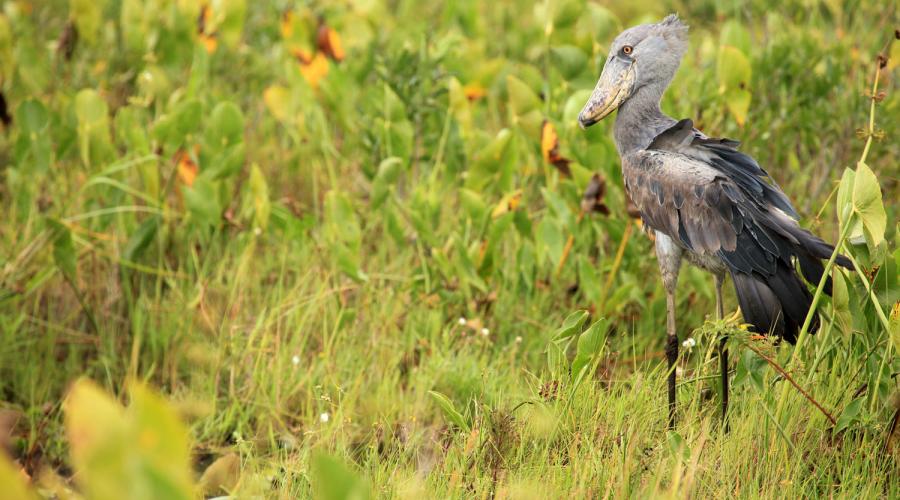 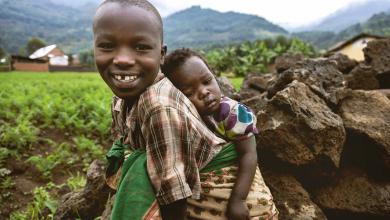 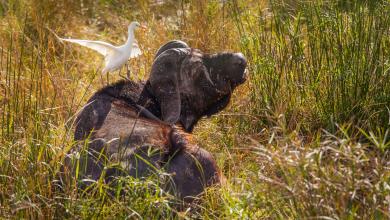 An eagle soars high among the clouds looking over the rolling landscape below. Strewn among wooded grasslands is a constellation of jewel-toned lakes, where warm sunlight bounces off the rippling surfaces of mirrored lake-faces. Swooping closer, the nuances of an animated system of life begin to emerge as keen avian eyes pick out the movements of water birds in their thousands, rustling among the shallows, and large mammalian forms ambling across the savannah grasslands as far as the eye can see.

The proposed Kagera TFCA lies along the Kagera River, which is a natural boundary between Tanzania, Rwanda and Uganda. This TFCA comprises Ibanda and Rumanyika Game Reserve  with a combined area of approximately 1,300 km2 in Tanzania and Rwanda’s Akagera National Park, encompassing 1,200 km2. The TFCA is located within the East African Community (EAC) with Tanzania being a member of both SADC and EAC and Rwanda and Uganda only of the EAC. Ibanda and Rumanyika Game Reserves are situated relatively close to Lake Victoria in the north western part of Tanzania.  Akagera National Park is situated in the north eastern region of Rwanda, and named after the Kagera River which flows along its eastern boundary and feeds into Rwanda’s labyrinth of lakes. This component of the TFCA is managed by the Akagera Management Company under a 20-year joint management agreement which has been signed between the African Parks and the Rwanda Development Board in 2009. Situated directly on a trilateral border, the TFCA also extends into Uganda.

This TFCA is still in the conceptual phase of development, offering an exciting range of new possibilities. One of the challenges to the establishment of an MOU between three countries is that Rwanda and Uganda are situated outside of SADC. While the countries are interested in taking plans for the TFCA forward, there are still strategic agreements that require negotiation.

The proposed TFCA encompasses a range of biomes, including savanna, grasslands, moist woodland, wetlands, afro-montane forest and tropical rainforest. The area lies just south of the equator. The Kagera River, flowing from west to east provides a permanent and reliable source of water for humans and wildlife throughout the year. Average annual rainfall is between 750-800m. Notably, rainfall is becoming increasingly erratic due to climate change. Heavy downpours are common during the rainy season between February and June. Temperatures range between day-time from 22 to 27°C and night-time temperatures between 16 and 21°C with occasional frost in the higher lying areas.

Because of the Kagera River, a complex system of lakes and papyrus swamps cover over a third of the area, enjoying the status of the largest protected wetland in eastern Africa. These marshes and swamp-fringed lakes occur in low-lying flat areas, varying between being permanent and seasonal. In the forest and mountain areas visitors can explore sacred forest waterfalls, cave systems and ancient rock paintings. The Ibanda Game Reserve contains rock engravings dated at over 200,000 years ago.

Due to its variety of habitats the Kagera TFCA has exceptional levels of biodiversity. Akagera National Park in Rwanda is home to many large plain species as well as species restricted to the papyrus swamps such as the sitatunga antelope and the rare and illusive shoe-billed stork. Of the primates, olive baboons, vervet monkeys and the blue monkey can be found there.  The Tanzanian Ibanda and Rumanyika Game Reserve also include elephant, lion, eland, waterbuck and roan. Notably the Ibanda Game Reserve has the largest density of leopard of all game reserves in Tanzania. Lining the string of lakes along the Kagera TFCA are some of the continent’s highest concentrations of water birds, with over 525 species being recorded.

The People of Kagera TFCA

This TFCA has a long history of co-existence between communities and wildlife; the park is therefore surrounded by human activities. Nonetheless there are challenges regarding human-wildlife conflicts, especially when wildlife moves onto agricultural land. Similarly, development activities also have an impact on the natural resource base through vegetation clearing to make space for growing settlement and agricultural activities. Efforts to resolve these challenges are implemented through alternative livelihood projects, such as the implementation of sustainable land and agro-ecosystem management practices and training of farmers.

Former refugees fleeing the Rwandan civil war resettled large areas of the Akegera National Park in the late 1990s resulting in the reduction of the park size from a former 2,500 km2 due to allocation of land to the settlers. Revenue-sharing has been introduced within the Akagera component of the TFCA, through which 5% of the annual park income is distributed among a variety of community development projects.  A successful community employment scheme created additional livelihood, and enhanced the park’s tourism appeal and reduced human-wildlife conflict.

Akagera National Park offers self-drive safaris to visitors. The park management has vehicles available to hire and visitors can stay overnight at Ruzizi Tented Lodge.  As a result of regular patrols and close community engagement, wildlife numbers are slowly increasing. As one of the recent highlights, lions have been reintroduced to the area after a 15-year absence. This is soon to be followed by the black rhino, after which Akegere National Park can officially be declared as the only “big-five” area in Rwanda and in the entire TFCA.

Ibanda and Rumanyika Game Reserve offers tented camps within the area. A recent visit into the Akagera component by journalists and travel writers bodes well for widening exposure to the park. This part of the TFCA includes two game lodges and a tented camp in its tourism offerings that offer boat safaris and game drives. Hunting tourism is also offered here, including hunting of big game species. Visitors are steadily increasing, almost doubling in the last 5 years.