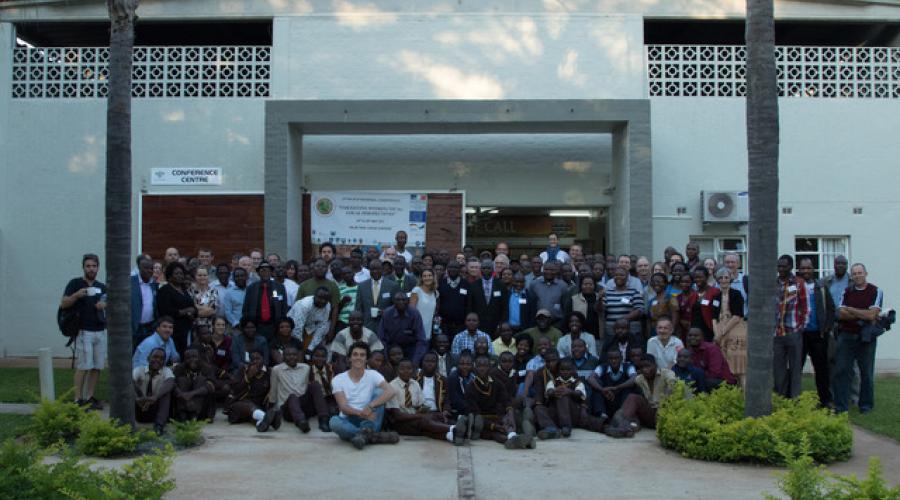 Between the 22nd and 26h of May 2017, the Research Platform « Production and Conservation in Partnership » (www.rp-pcp.org) in collaboration with its partners organised two related events in the South East Lowveld of Zimbabwe. These events were supported by the French ministry of Foreign affairs through the FSP-RenCaRe project, the EU sponsored DREAM & GeosAf projects, and the GIZ TUPNR Programme.

These events were the outcomes of the projects of the RP-PCP platform, and its broader network of researchers. It marked an important step for the 10th anniversary of the RP-PCP (2007-2017). The conference came at the end of a demand-driven applied research process during which:

Through this type of iterative multidisciplinary process, we believe that applied research can contribute to local development and conservation within TFCAs, as well as to community-driven policy changes.

The first event was a two-days workshop from the 22nd to the 23rd of May in Malipati village at the southwest border of Gonarezhou National Park (see related RP-PCP news). The objective of this workshop was to bring together Zimbabwean and international researchers and other stakeholders of the Chiredzi and Hwange areas around the role-playing game “Kulayijana” ("teaching each other" in chiNambya). This role-playing game was developed through a 2-years participatory modelling exercise, in order to explore cattle herding strategies and coexistence issues around Zimbabwean protected areas. During the past months, local actors engaged in the design of the game, had highlighted the potential use of this game as a platform for rural communities and Protected Area managers to meet, share and discuss. They had explicitly asked the designers to transform the game to allow such interactions. Through this workshop, the idea was to (i) present the new version of the game including a new role for “Park Area Managers”, (ii) bring stakeholders to experiment (in a virtual environment) the reality of rural life and conservation at the edge of protected areas, and (iii) facilitate a moment of sharing and discussions between researchers and local stakeholders.

The outcomes of this event were multiple. First, it strengthened even further the 10-year strong, long-term relationship between the RP-PCP and the local community in this area. Researchers from the platform are welcome and are known to promote research that support stakeholder’s interactions and benefit locally. Second, it improved the Kulayijana role-playing game with more comments and suggestions from stakeholders in order to represent better constraints, conflicts and opportunities of stakeholders (e.g. farmers and wildlife staff) at the interface between a protected area and its periphery. Finally, during the game, simulating real-life situation, new options of land-use management were explored between stakeholders, including between farmers and also between wildlife staff and farmers. Those outcomes open new perspectives to promote more interactions between stakeholders and bring opportunities for new types of negotiations between stakeholders to facilitate the coexistence between parks and people. We could remove this paragraph if space issue

The second event was a three-days conference entitled “Coexisting with(in) TFCAs: local perspectives” from the 24-26th of May at the Palm Tree Lodge in Chiredzi. This conference was the final event of the RenCaRe project, and because of this, the conference was organised using an original and participatory process. Once the call for abstracts for presentations over, the selection of abstracts was done by a scientific committee but also through two workshops organised with the communities in each of the 2 TFCAs (KAZA TFCA and GLTFCA). Therefore, the final selection was the outcome of scientific excellence and local community selection. In addition, each session of the conference was co-chaired by a well-known researcher and an elected representative from the local communities.

As a result, the conference was a great success: more than 180 participants, 9 Key-note speeches from internationally known scientists, 27 full-time presentations, 6 speed presentations, around 25 poster presentations and 3 policy briefs presented by RP-PCP students to stakeholders during a special “Policy recommendations” session. The conference was also opened and closed by Prof. Marshall W. Murphree of the University of Zimbabwe with a reflection on the role of research in becoming the voice of the people and the mediator between people and governments. The tea breaks were animated by the special performances of the Malipati Secondary School (poems, texts, drama and dances on the themes of the conference).

Each sessions addressed an issue identified by local communities in TFCAs: Access to natural resources; Mitigation of Human-Wildlife conflicts; Improving livestock and crop productions by local farmers; Boundaries of protected areas; Prevention and control of livestock/wildlife/human diseases; Sharing benefits generated by wildlife. Discussion time allowed for interactions between stakeholders and as expected the “voice of the communities” was loud and clear: they are willing to cooperate for biodiversity conservation but not at any costs; and their costs are currently too high to bear; new strategies and approaches need to be designed in order for them to have a more participative and central role in the TFCA initiative and development. The representatives of the Ministry of Environment, Water and Climate and the Ministry of Higher and Tertiary Education debated with other stakeholders on the best strategies to be put in place for a better coexistence between Parks and People.

Conclusion/recommendations: This rich week ended up by a shared will to go further in terms of management of the wildlife/livestock/human interface, not only to promote biodiversity conservation but also, and in fact as a pre-condition and pathway to success, to support local development through not only wildlife-based activities but also a sustainable use of agriculture and surrounding natural resources. There are currently opportunities to re-think land-use planning and the role of the protected areas for people living at their peripheries, with more porous boundaries for the sustainable use of natural resources and the completion of cultural activities. Applied research can contribute to this process at different levels: first by producing new knowledge to inform new policies and management options; second by capacitating local research institutions and governmental services with staff trained through a postgraduate degree on a topic related to their mission and the coexistence between Parks and People; finally, research can also promote stakeholders interactions through participatory processes and accompany the development of new management options by providing methodological and monitoring tools. In his closing speech, headman Ngwenyeni noted that their community were happy to see the participation of SADC and its TFCA network at the conference, and they were hoping that the SADC TFCA unit would organise the next conference on TFCAs and invite more communities from the region.