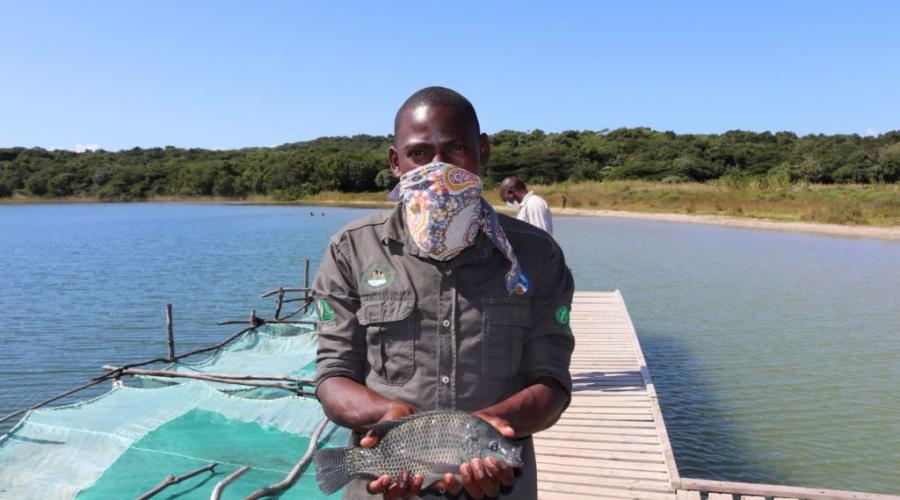 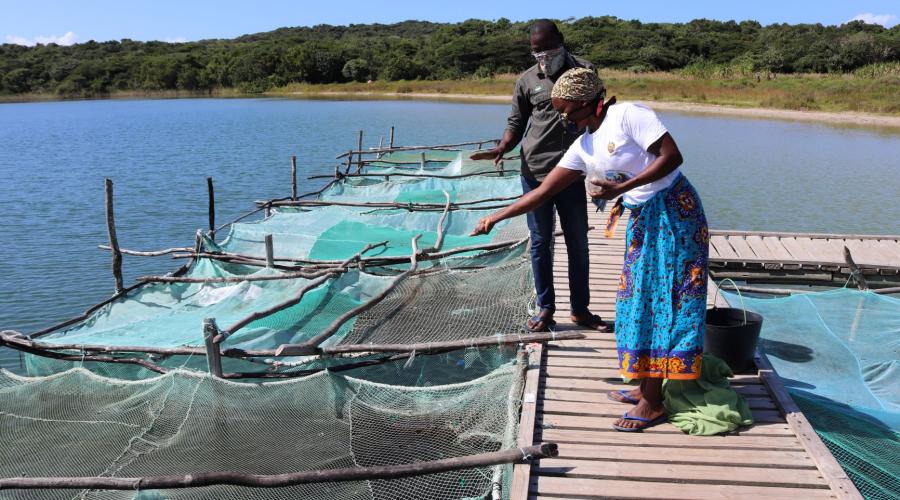 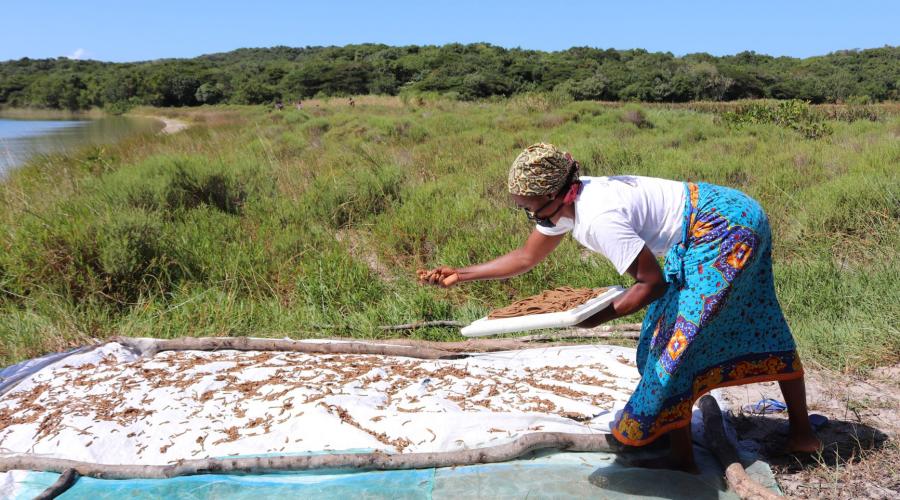 Tilapia farmers from the villages of Ngomene, Mhala and Nhonguane in the buffer zone of the Maputo Special Reserve (MSR) and the Ponta do Ouro Partial Marine Reserve (PPMR), have started selling tilapia produced in Buthi Lagoon, Machangulo.

The farmers have about 5 000kg of fish available at the cost of 200Mt per kilo. The unit weight is between 180 and 700 grams, however, the size is variable, in order to respond to the preferences for small fish by the inhabitants of rural communities as well as for large fish in large urban centres.

Through a specialised fisheries project, 23 farmers were trained in tilapia production methods and assisted in setting up cultivating farms. The fish are produced in 11 net cages and fed with homemade feed based on corn, soybeans, moringa and other natural nutrients produced locally. This initiative aims to reduce pressure on marine and terrestrial resources around MSR and PPMR, providing communities with alternative and sustainable livelihoods, which significantly contributes to the conservation of biodiversity.

This initiative was launched and implemented by Maputo Special Reserve with support from Fondation Ensemble. Technical and financial support was also provided by Peace Parks Foundation, which has supported the development of the Maputo Special Reserve and the Ponta do Ouro Partial Marine Reserve – vital components of the Lubombo Transfrontier Conservation Area – for almost two decades through a partnership agreement with the National Administration for Conservation Areas.

The programme directly benefits 320 artisanal fishermen and reaches about 11 000 indirect beneficiaries, between residents of Machangulo Village and relatives of the direct beneficiaries of the villages of Mhala, Ngomene, Tlhavane, Ndelane, Mabuluco, Nhonguane, Maphanga, at the Administrative Post of Machangulo, in Matutuine District – Maputo Province.