Mr Sedia Modise: another giant of TFCAs in Southern Africa has passed 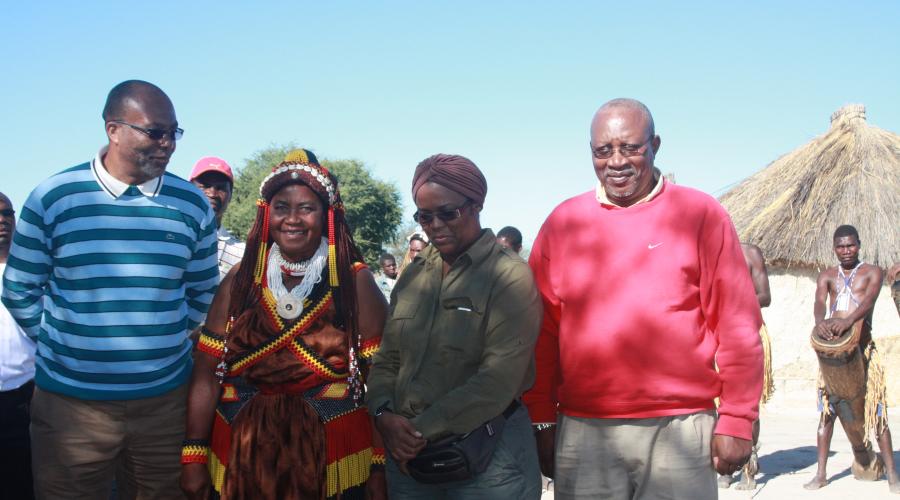 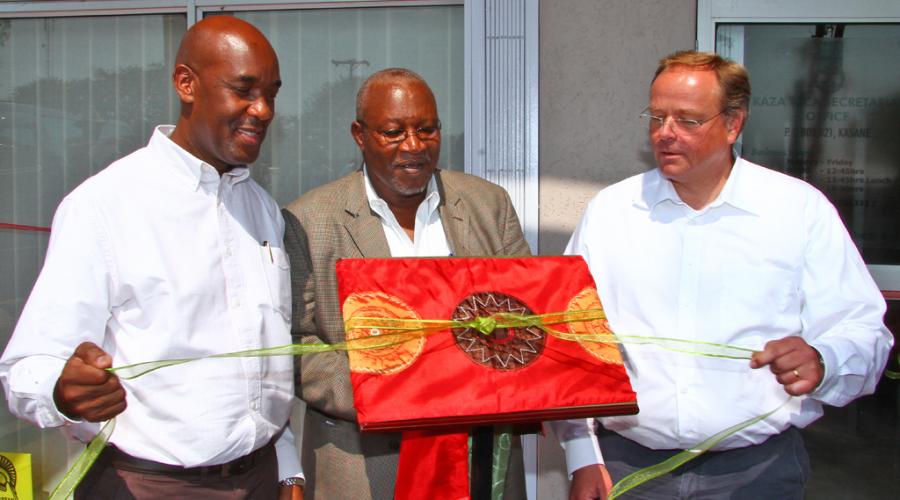 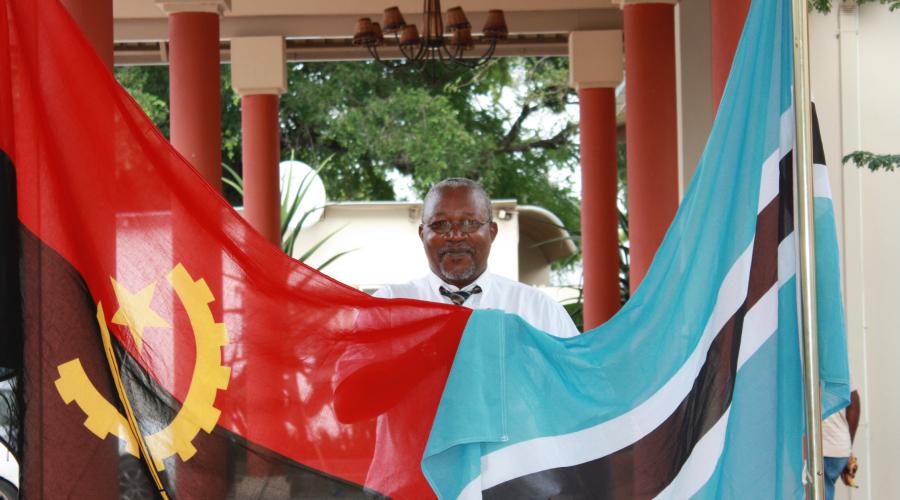 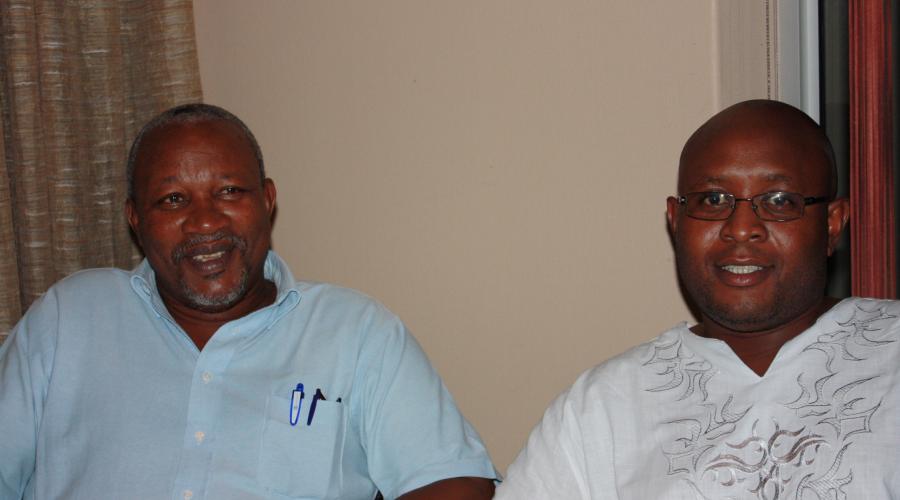 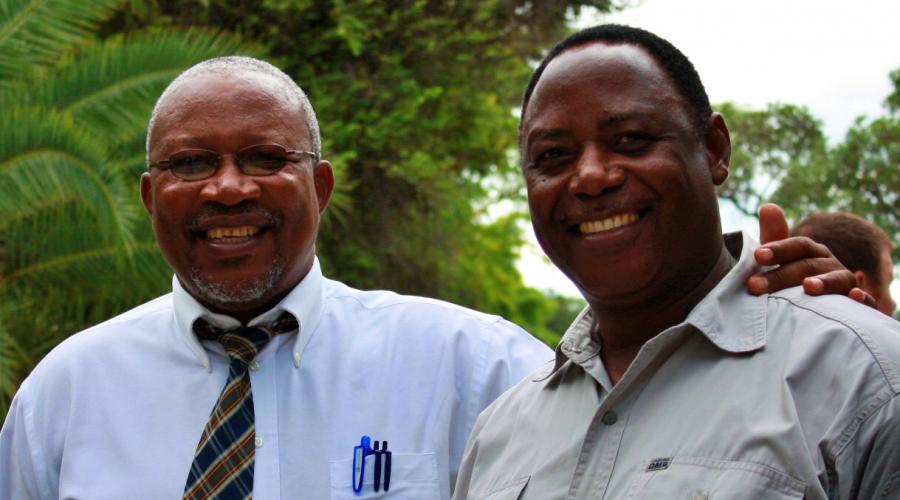 On Sunday, 29 August 2021, Prof. Andrew Nambota, an elder in SADC TFCAs, informed the SADC TFCA Network of the passing of Mr Sedia Modise.

Mr Modise was a recognised champion of TFCAs in the region and Kavango Zambezi TFCA in particular as its first Regional Coordinator from 2007-2011, as tributed on the SADC TFCA Portal. In one of his former roles as Director of Botswana’s Department of Wildlife and National Parks, he contributed to the development of the SADC Protocol on Wildlife Conservation and Law Enforcement of 1999, in which the concept of transboundary conservation is couched and was instrumental in the creation of the SADC TFCA Programme in 2013. He also played integral roles in the establishment of the Kgalagadi Transfrontier Park and Greater Mapungubwe TFCA.

However, in the words of those who have walked with him, he was much more. He was firstly an avid learner with an interest in both conservation and people as remembered by Ms Deborah Kahatano, former Senior Programme Officer for Natural Resources & Wildlife in SADC,

“He acquired some of his academic credentials in Tanzania (Mweka Wildlife College and the University of Dar es Salaam) […] he was fluent in Kiswahili and he spoke fondly about his experience in Tanzania. He also spoke emotionally about his two classmates Prof Yunus Mgaya and Dr. Mwele Malecela who supported him through thick and thin when he had serious health challenges as a student in a foreign country and according to him, he was ready to give up, but they gave him strength to complete his studies.”

Salifou Siddo from South Africa fondly recalls, “I remember Mr Modise very well from my days at SANParks. Negotiations to establish the KTP were at a crucial stage and as the Director of the Botswana Department of Wildlife, together with Mavuso Msimang the then CEO of SANParks, they were instrumental in getting the TFCA proclaimed by President Mogae and President Mbeki in May 2000. The event, which was a first, received wide media coverage as could be expected. I remember Mr Modise moving to PPF in Cape Town shortly after the official proclamation of KTP. From the PPF he would go on to play instrumental roles in the establishment of all the other TFCAs that followed KTP, including GLTFCA, Ai/Ai Richtersveld, Limpopo/Sashe (Greater Mapungupwe) and many others which were just at the project  conceptualisation level.”

Most knew him during his tenure with the Peace Parks Foundation, when he pushed for the creation of TFCAs in our region as instruments to foster multi-lateral cooperation in conservation and local development. PPF CEO, Werner Myburgh, remembers Mr Modise for his foresight and passion for innovation, “When he joined Peace Parks in 2000, his foresight and vision drove the SADC TFCAs agenda and he had an instrumental hand in the formalisation of many other TFCAs including the Ai-Ais/Richtersveld, Greater Mapungubwe (where he was the first international co-ordinator), Great Limpopo, Malawi-Zambia and KAZA (where he again was the first international co-ordinator). A true pioneer but also at the same time always humble and willing to guide and share his immense knowledge. We faced many setbacks and victories together and through all the ups and downs, Sedia always reminded me that in conservation one should never despair, we are simply not allowed this luxury as there is a greater task at hand. What a wonderful human being, great mentor and loyal friend.”

These attributes befit this professional who believed conservation was part of a complex landscape planning and contributed to found the IUCN Sustainable Use Specialist Group for Southern Africa, as remembered by Michael J. Murphree.

“I have personally learnt a lot from [Mr Modise] as I was lucky to follow behind him on his noble journey towards TFCA development. Always a call away through thick and thin and always ready to share his vast experience and love for TFCA growth! Indeed a giant has fallen but his contribution shall carry the movement well beyond words can describe!” M. Z. Mzambiwa, former KAZA TFCA Executive Director.

His professional accolades aside, Mr Modise won the hearts and minds of many with his gentle and caring nature, easy demeanour and quick wit.

“I have fond memories of Rre Modise working out of a caravan next to the KCS office many, many years ago… he always made time for people & was ready to listen; so wise, humble and kind. He was a great man and role model to many of us.” Karine Nuulimba, Namibia

“A giant tree has fallen. I worked with Sedia for over 30 years in Botswana. He was quietly decisive and inspirational in his pursuit of conservation and TFCAs; not only in his work for Government but also in his membership of the Kalahari Conservation Society where we both served as Board members, and of course in his visionary work with the Peace Parks Foundation. He was instrumental in laying the foundation for decades of conservation and biodiversity management in the country including the 40+% of land area in Botswana under protection. This made it possible for Botswana to become such an attractive tourism destination of international acclaim.” Ruud Jansen, Botswana

He will be missed by the entire SADC TFCAs Network but his legacy lives on through our work to continue to make transfrontier conservation key in the sustainability path of our region.