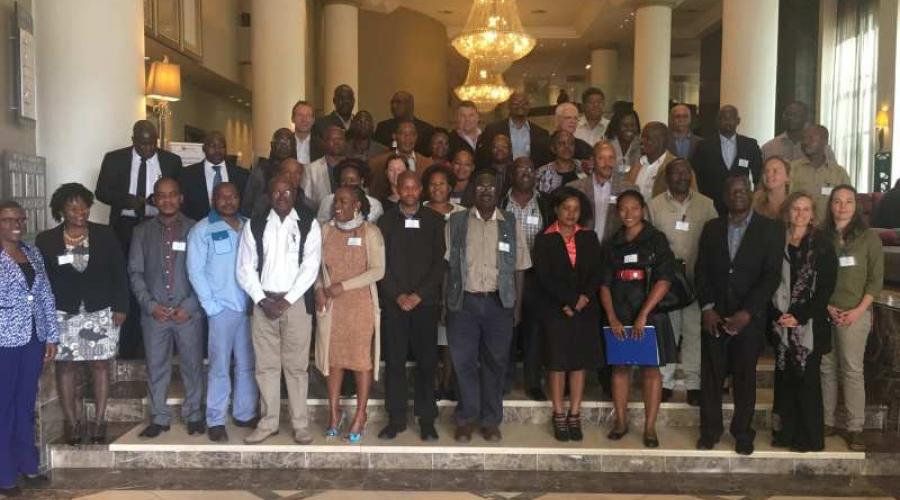 SADC Secretariat, with support from the German Development Cooperation through GIZ, convened two workshops from 5-8 September 2017 contributing to the implementation of important elements of the SADC TFCA Programme. The workshops were attended by TFCA technical officers from 13 SADC countries. Objectives of the two workshops were to 1) validate the GIZ funded draft SADC TFCA Monitoring and Evaluation (M&E) Framework document and to 2) finalise the concept note that outlines the structure and modalities of the KfW funded TFCA Financing Facility.

Establishment of a SADC TFCA M&E Framework is an important step to measure the progress made towards implementation of the TFCA Programme and assess the extent to which the articulated objectives of individual TFCAs are being met. The SADC Region currently hosts 18 TFCAs in varying stages of development. It is intended that the proposed Framework will be merged with the SADC Results Based M&E System, becoming the first SADC Programme to be to be monitored against components, objectives and outputs under the new system.

Furthermore the second workshop covered important ground on establishing a TFCA Financing Facility. Lack of funding for development and management of activities is a critical challenge for many TFCA. The proposed TFCA Financing Facility is intended to be a flexible demand and performance driven financing mechanism. The initial funding by the German Development Cooperation (BMZ through KfW) is expected to be € 15-20 million with the intention of leveraging additional funds from various sources reaching a total volume of approximately € 100 million in the medium to long term. Approximately 80% of the fund will be targeted to three TFCAs that are currently already supported by KfW (Great Limpopo, Kavango-Zambezi and Malawi Zambia TFCA) and 20% will be allocated to all SADC TFCAs. At the meeting Member States provided recommendations on the ideal structure and implementation modalities of the TFCA Financing Facility.

The draft SADC TFCA M&E Framework and TFCA Financing Facility concept note will be presented to the Technical Committee on Wildlife scheduled for the end of October.