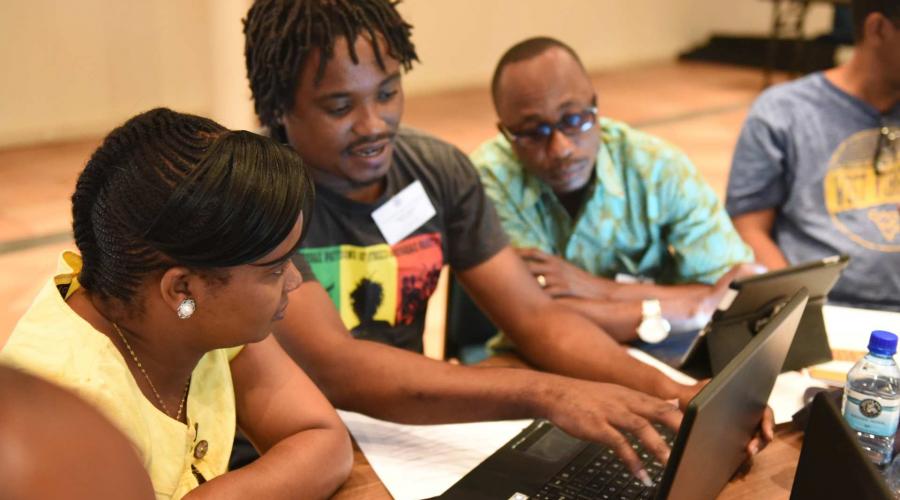 In line with one of the SADC TFCA Programme component “Establishment of data and knowledge management systems”, GIZ, IUCN and the EU Joint Resource Centre (JRC) through BIOPAMA, and PPF jointly developed the interactive SADC TFCA Portal. The first edition of the TFCA portal, the members-only portal, launched in 2014, offered a communication platform for TFCA practitioners. Since then numerous databases and online tools have been added which are relevant to SADC TFCAs and the Protected Areas therein (e.g. Maps, Regional Reference Information System, Legal Atlas etc.).

In March 2016, the TFCA Network members discussed the further development of the TFCA portal beyond a members-only website and suggested to make the portal more user friendly, including accessibility by mobile devices such as cell phones and tablets. Members agreed that the Network needed a public face that would aid the promotion of TFCAs, what they offer and what they aim to achieve. This public interface now exists as the SADC TFCA public website accessible on www.tfcaportal.org. The site disseminates information on the developments of the SADC TFCA Programme and the SADC TFCA Network to the general public, as well as providing useful practical information on each TFCA. This public portal seeks to reach a variety of audiences, especially researchers and travellers but also anyone keen to know more about TFCAs.

After the public portal launch in September 2016, the members-only portal, now called intranet, was re-launched in February 2017 and the updates presented at the TFCA Network meeting in March 2017. This intranet component remains a members-only environment, allowing Network members to share information without having to meet in person. It enables users to upload and share documents, use the chat facility, hold discussions, share news and pictures as well information on events. Users can enter project data and monitor progress on specific projects they are interested or involved in. The intranet can be accessed through the public website or on http://www.intranet.tfcaportal.org/.

Members can create specific closed groups in a variety of constellations and for various purposes to share and discuss with only a limited number of Network members, e.g. for one TFCA, including members across various countries, or around a specific topic of interest to specific experts within the network. As an example, if members work on a project within three  TFCAs, they can create a group within which they discuss issues related to the project, allocate each other tasks and share progress made. Within the group they have access to all the same functionalities as the public domain platform, including sharing event dates, documents, news, etc. At any time, the group may choose to promote this content into the public domain. Promoting content means the group has the option to release their documents or other content to the rest of the SADC TFCA Network whenever they feel ready.

It is hoped that by linking and integrating these systems through one, single gateway, both TFCA practitioners and the general public will be able to easily access TFCA related tools and information and select those that meet their specific needs.